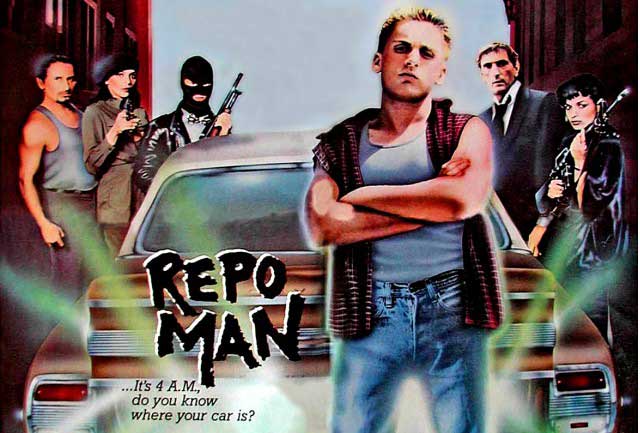 Written and directed by British filmmaker Alex Cox, Repo Man is a marvelously original and satiric look at the cultural wasteland of L.A.–the cutting edge of the future. What if Dr. Strangelove had gone in for car repossession rather than thermonuclear warfare? Toying with Hollywood cliches and genres–teen exploitation, gangster, and sci-fi–the film playfully explores the ideas of the Swiss psychoanalyst Carl Jung. It features Emilio Estevez as Otto, a suburban punk in search of meaning, Olivia Barash as Leila, a girl on the track of extraterrestrial carcasses, and the exemplary Harry Dean Stanton as Bud, a ‘repo man’ par excellence–and Otto’s mentor in the weird world of car repossession.

A ‘repo man’ seems an unlikely candidate for a hero (I once had my car repossessed–not funny) since audience sympathies would normally gravitate to the dispossessed; but after an initial box office failure (poor marketing), Repo Man gathered a following on videocassette and was re-released successfully. Climbing into the pantheon of the cult film, it is now a repertory house favorite. Cox has subsequently made numerous other offbeat films including Sid and Nancy, the stark but brilliant account of punker Sid Vicious and his insufferable girlfriend, and their descent into the chasm of nihilism and drug-oblivion; Straight to Hell, an offbeat homage to the ‘spaghetti’ Westerns of Sergio Leone; and Walker, a courageous but misconceived (the surrealistic daffiness of the film undermines the power and poignancy of the historical event) telling of the first invasion of Nicaragua by an American in the 1850s.

The story of Repo Man hinges on Otto, an 18-year-old straining to find a raison d’etre in his life; he sings, “We’re just dedicated to our favorite [TV] shows–we don’t want to know.” His parents, fallen hippies, are hypnotized by Larry the TV evangelist, and they’ve sent Otto’s college money to El Salvador to buy bibles. On a chance encounter Otto is tricked by Bud into repossessing a car. initially, he recoils from the repo business; but in desperation for money, excitement, and meaning, Otto becomes a squire to Bud. He learns the lore and code of the repo man, proves his mettle by running a gauntlet of challenges (from beatings and mace to gunfire), and is finally accepted by the older repo men. 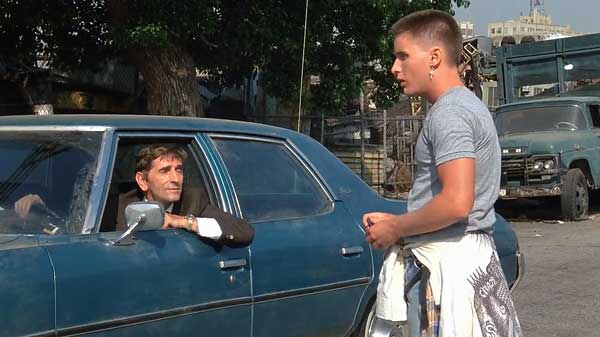 Notably, his path intersects again and again with the wanderings of his old punk buddies Duke, Debbie, and Archie–who are holding up convenience stores. Otto collides with the Rodriguez brothers, “responsible for over thirty delinquent cars in the field”, and true nemesises to repo men everywhere. Eventually, he stumbles across Leila and her search for the bodies of four aliens; at first Otto is skeptical but the photo she shows him later appears on the front page of a scandal sheet, and soon everyone is pursuing a mysterious Chevy Malibu driven by a deranged scientist that has something in its trunk that incinerates people. 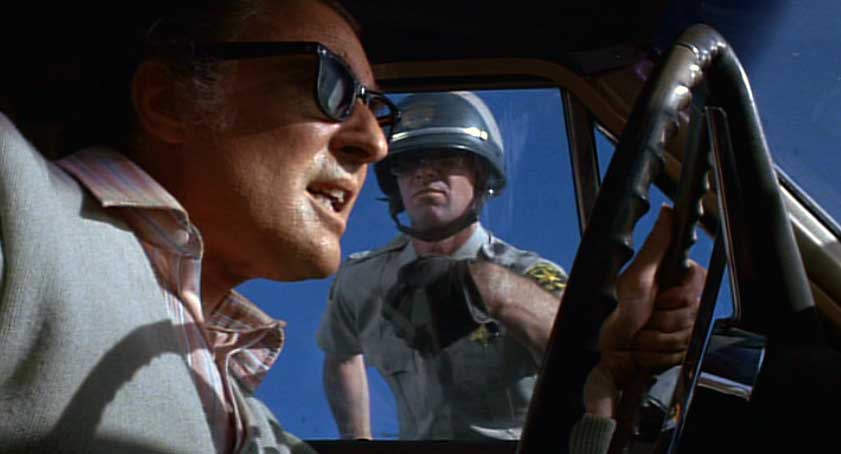 One striking aspect of the film is Cox’s flirtation (possibly conscious–but Jung believed his motifs would surface spontaneously from the unconscious) with several of Jung’s extraordinary notions. While studying parapsychology, Taoism, and the I Ching, and thinkers such as Schopenhaur, Wolfgang Pauli, Paul Kammerer, and Einstein, Jung arrived at a startling conclusion: that the principle of causality–simple cause and effect–was only one of the great forces determining reality. He wrote, “The meaningful coincidence or equivalence of a psychic and a physical state that have no causal relationship to one another means, in general terms, that it is a modality without a cause, an acausal orderedness.”1

He called these ‘meaningful coincidences’ synchronicity. If someone dreams of a relative dying in a plane crash and the event subsequently occurs, there can be no causal explanation; a skeptic would label the dream and crash a mere coincidence. Or consider an English traveler in Brazil who, for no apparent reason, thinks of a friend she has not seen for many years; then inexplicably and against all odds, she encounters that very person. What else can it be but the vagaries of chance? But Jung would disagree, calling them examples of synchronicity. He realized that this was scarcely a novel idea: “I need hardly point out that for the primitive mind synchronicity is a self-evident fact; consequently at this stage there is no such thing as chance. No accident, no illness, no death is ever fortuitous or attributable to natural causes.”2