Continuing with the accidental dog theme, here is a video documentary about the many, many hundreds of Turkish street dogs dumped into the forests outside Istanbul, and the efforts of volunteer groups to sustain and protect the dogs.

Like many countries, Turkey has been largely tolerant of ‘street dogs’. In recent years, however, some Istanbul municipalities have started removing and dumping the dogs in the forests. Many irresponsible pet owners and dog breeders abandon animals there as well.

Artist and animal rights activist Fey Rubeyi became deeply concerned over the fate of these abandoned dogs. On a visit to Istanbul in September 2014, she went out with a rescue group ‘Grumpy Old Dog’ to document the lives of the dogs. Fey, who was born and educated in Istanbul, shot the footage with a small Panasonic handycam and her iPhone. She now lives and works in California as a graphic artist.

The dogs have mainly been dumped in the Beykoz forest and Hayal Ormani (Dream Forest) on public owned property. In this terrain, the dogs cannot survive without human support to provide food, water, and shelter. Food sources are insufficient in the forests, and during the hot, dry months there is no drinking water. The dogs are sometimes harassed and even poisoned by hostile people. Cars and trucks are a grave threat to the dogs when they appear on roads searching for food and human contact.

Several dedicated groups of Turkish volunteers, primarily working from donations, have grown up to aid and support the dogs. Aside from providing food, medicine, water, and protection, they are sometimes able to find adoptive homes for a handful of the dogs.

Many of the dogs have frozen to death in the harsh Turkish winters, and some rescue groups maintain an active dog house construction program to help keep the dogs alive in a severe environment. The Beykoz Hayvan Rehabilitasyon Merkezi (Animal Rehabilitation Center), which is located nearby, helps provide medical care for the legions of dogs.

The documentary narration is in English with Turkish dialogue. There is also a second version posted on the account with a Turkish narration, which is titled: Hayal Ormaninin Köpekleri — Dogs of the Dream Forest. To view that version, please contact me.

The video was edited by Randy Graham in 2015. 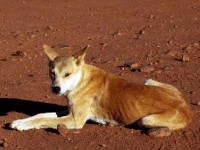 This post relates closely to my article on the Azaria Chamberlain disappearance at Ayers Rock as some background on dingoes is helpful in understanding what befell her. Additionally, they are fascinating animals, now seriously endangered due to widespread persecution and officially sanctioned extermination campaigns in their Australian homeland. Dingoes are …

In early 2010 I had the chance to work on a video project in Wickenburg, Arizona for a bed & breakfast named Rio Tierra Casitas. In truth, they are more expansive than a B&B since they rent out 3 small guest houses for short and long term lodging.  Located along …