Ernest Callenbach, the editor of Film Quarterly, passed my essay/review of Repo Man along to director Alex Cox. To my great surprise, I received a very amusing, gracious, and thoughtful letter in response — which I’ve posted in its entirety below.

In actual fact I know almost nothing about the good Doctor [Jung] or his writings. Jonathan Wacks, the rebel South African producer of REPO MAN, took me aside one day and told me a story about Jung and a synchronicitous Scarab Beetle–but that was only because our story was already headed in that direction and he found it interesting. I did not know (until I read this article) that Jung was interested in flying saucers, but his observations about them seem to me spot-on. UFOs do seem to be the modern ‘civilized’ version of the cargo-cult grab-bag alien deus ex machina which the naive and the innocent (i.e. most of us) hope one day will turn up to pull us out of the horrid mess the planet’s in. Of course they won’t, and one of the reasons I hate Spielberg’s movies so is because they encourage people to expect miraculous salvation from above (shades of Jerry Falwell and the Reverend Laz) as opposed to motivating painful change within.

I find it very funny that the reviewers and synopsis writers invariably assume that there are aliens in the Malibu’s trunk. The only evidence for this is the ravings of an obviously demented teeny-bopper and a grainy photograph of inflated condoms wearing fish-eyes and grass skirts. Partially, I suppose this is because audiences tend to assume that what the on-screen characters say is TRUE WITHIN THE CONTEXT OF THE STORY; more dangerously, it suggests to me that even hard-bitten film critics are watching the skies. 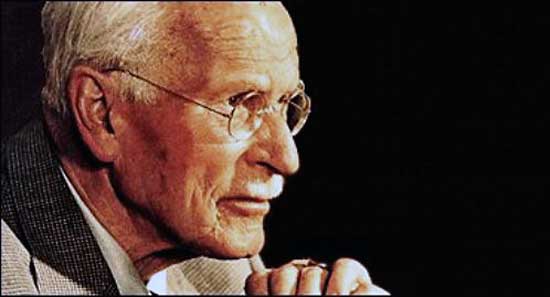 I don’t know much about Jung but feel maybe I ought to find out more about the dude. I too feel that humanity has fallen into a period of spiritual malaise, prey to cultism and happy-face fascists. I am also a fan of WEIRDNESS and genuinely believe what Miller said about the lattice of coincidence which overhangs the physical-science, causally-explicable world. Too many EERIE COINCIDENCE-TYPE EVENTS have happened to me for me to pretend that something isn’t going on outside the narrow confines of my physical perceptions and left brain. I don’t know what it is exactly (certainly not CARE BEARS FROM OUTER SPACE) but it’s there, and it was pretty active when I came to London to promote REPO MAN and do research for the Sid and Nancy saga and the first journalist I met was a founder member of the original Bromley Contingent clan–a gang of early punkers from South East London. From their ranks came members of the Sex Pistols, Siouxsie Banshee, Adam Ant, Billy Idol and other seminal musicians and clothes horses of the period.

You may consider this semi-synchronicitous event a mere coincidence: I grant you that on the Carl Jung One-to-Ten Synchronicity Meter it probably only rates a three or four. But there are many weirder quirks of space and time in people’s lives. Just ask around.  (In fact, since I had no idea that Jung was interested in the flying saucer cult, and yet the UFO thing features so prominently in REPO MAN, is REPO MAN itself not evidence of synchronicity, or the unpopular cosmological unconscious?)

Is the humming punk (Archie) a fan of APOCALYPSE NOW? Yes, and he has seen it eighteen times. On acid. Who put the money in those presents? The owner of the car. What is Kevin doing in the living room of Mr. Humphries, the store manager who fired him? Kevin has come to Mr. Humphries’ house to beg for his job back. It is Christmas, and due to his innocence and wholesome integrity Kevin cannot hold down a job. Mr. Humphries has told Kevin that he will think about it, but only if Kevin dons Humphries’ pajamas and stands before the Christmas tree a-carolling. 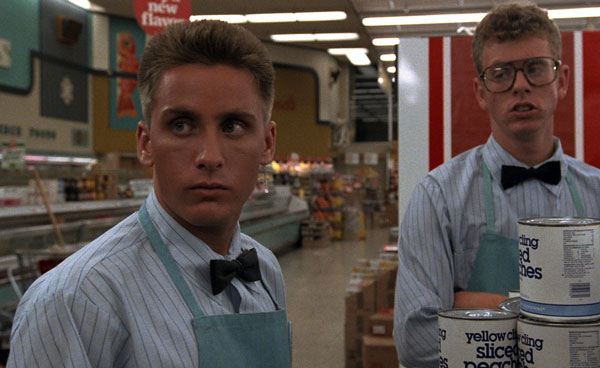 Kevin, who comes from a family of atheists and knows no carols, has just begun to sing the Coca Cola theme when the Repo Men hammer on Humphries’ door. (The reason that Kevin later turns up in the emergency ward is that the Repo Men, having beaten up Mr. Humphries with their baseball bats, tied Kevin to the rear bumper of Bud’s Impala and dragged him several city blocks. SCENE NOT SHOT DUE TO ACTOR’S COWARDICE.)

What else? The scene in which Leila is persuaded to torture Otto is indeed based on the famous OBEDIENCE EXPERIMENTS of Stanley Milgram, which I saw on a BBC2 documentary and could not fucking believe! I wonder if the people who see REPO MAN think this is another far-out wacky gag? I wish it was, and that ORDINARY PEOPLE weren’t so fucking in AWE OF AUTHORITY that they will do whatever they are told to do, no matter how evil. 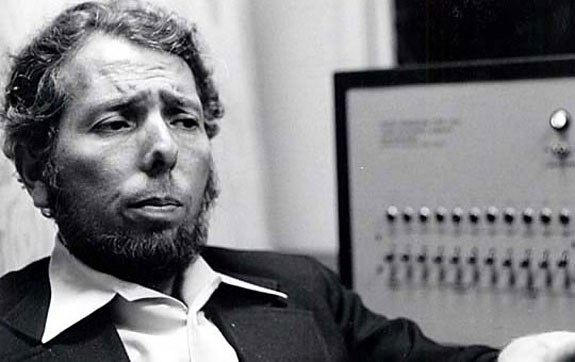 The same sense of horror led me to put that TV close-up in the film: the one where Salvadorian soldiers in U.S. Army uniforms are stripping corpses of their clothes. Some people have told me this is not funny and is in bad taste. They are quite right. It is the most important sequence in the film.

Needless to say, it has been removed from the video version Universal Pictures are preparing for syndicated television in the States. So have the references to God and ‘Bibles for El Salvador.’ Naturally all the swearing has gone too. I am not in the least offended by this, but I am upset at such overt political censorship of a wishy-washy liberal gag.

Universal have done another strange thing too; in addition to re-editing several scenes with disastrous results, they have shot some tight close ups of the Malibu numberplate U.S. translation: license plate) and spattered them throughout the film. This in itself is messy, but what is criminal is that just before the cut away to the next shot, they dissolve out the Hopi Indian symbol in the center of the New Mexico plate and replace it with a flash-frame of THE DEVIL’S HEAD. 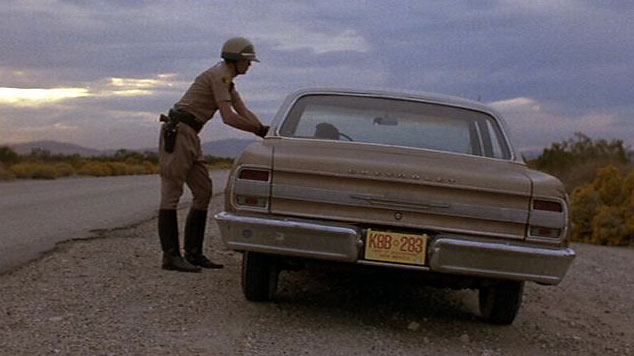 Why they have done this I don’t know. Perhaps, given the never-ending saga of the secret-messages-played-backwards-on Black-Sabbath-Records, this is Universal’s way of making further trouble for the film. Perhaps, on the other hand, the religious right are right and there ARE satanists working for Universal Pictures. Perhaps they just hired some bright kid from USC–some future George or Steve or Francis–to re-edit REPO MAN and the little putz thought satanistic symbolism WACKY.

Anyway, I am disgusted and am going to sort them out. Since we all expect to die quite shortly in a nuclear war, our minds and souls are already in the POST-APOCALYPTIC MODE with all the attendant selfishness and desperate cynicism, and that’s what REPO MAN, and KISS ME DEADLY, and WHITE HEAT, and SALVADOR, and any film made since 1945 that’s any good at all, is all about.